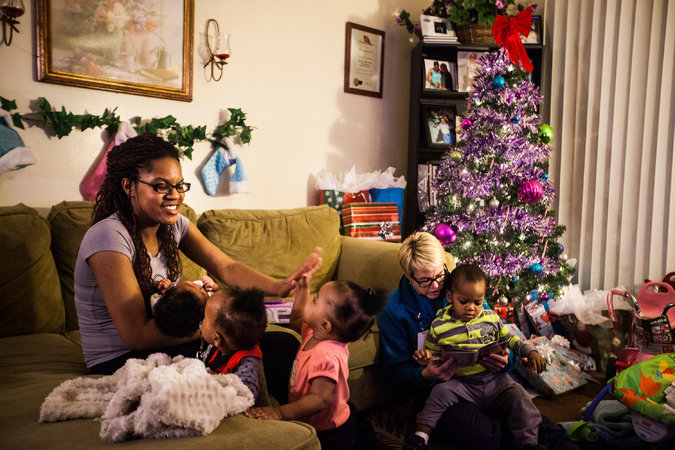 “When it came time to have the baby, Shirita Corley was alone. Her mother was at the casino, her sister was not answering her cellphone, her boyfriend had disappeared months earlier, and her father she had not seen in years.

So she got in her green Chevy TrailBlazer and drove herself to the hospital.

“I feel so down,” she texted from her hospital bed. “I’m sick of these deadbeats. I’m sick of having to be so strong.”

The message went not to a friend or family member, but to a nurse, Beth Pletz. Ms. Pletz has counseled Ms. Corley at her home through the Nurse-Family Partnership, which helps poor, first-time mothers learn to be parents.

Such home visiting programs, paid for through the Affordable Care Act, are at the heart of a sweeping federal effort aimed at one of the nation’s most entrenched social problems: the persistently high rates of infant mortality. The programs have spread to some 800 cities and towns in recent years, and are testing whether successful small-scale efforts to improve children’s health by educating mothers can work on a broad national canvas.”

You can read the entire article here.